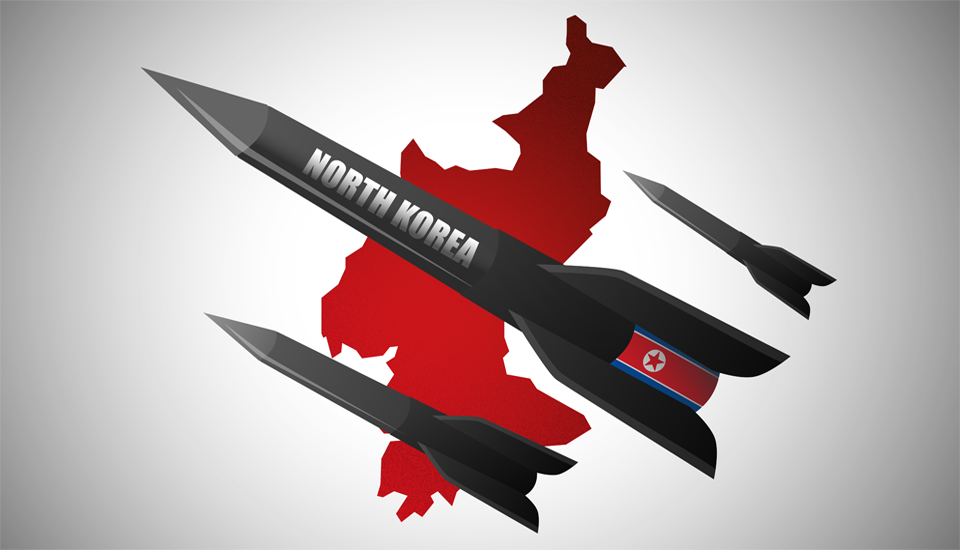 Starting the last month, when North Korea fired its Multiple Rocket Launchers, North Korea conducted even more threatening measures over the Northern Limit Line (NLL). On November 2, North Korea's missile launch crossed the NLL for the first time since the division of the Korean peninsula, and an air raid warning was issued on Ulleung-do. The following day, North Korea fired an Intercontinental Ballistic Missile (ICBM) presumed to be a 'Hwasong-17.' Around these series of launches, Pak Jong Chon, a secretary of the Central Committee of the Workers' Party of (North) Korea (WPK), criticized that the U.S. Department of Defense referred to the "end" of the Kim regime as its nuclear strategy. A spokesman for the Foreign Ministry of North Korea also rebutted that North Korea's ballistic missile launches were "due reaction and action warning to the hostile provocations"—the combined US-South Korea air drill, Vigilant Storm. This statement also pointed out that Vigilant Storm was the "largest-ever combined air strike drill," and the U.S. and South Korea extended the exercise period "against North Korea's legitimate self-defensive countermeasure."

On the other hand, Soosuk Lim, a Deputy Minister for Public Affairs at South Korea's Ministry of Foreign Affairs, emphasized that the joint military drills are the annual defensive measures that should rightfully be taken by a responsible government in order for the Korean people to feel assured and carry on with their daily lives. He reaffirmed North Korea's continuous ballistic missile launches as an unlawful provocation, urging it to respond positively to the Korean government's Audacious Initiative and return to denuclearization talks. Similarly, Ned Price, a spokesman for the U.S. Department of State, clarified that North Korea's allegation of the joint military drills was "another pretext for provocations it has already undertaken." He also noted that the joint drills were conducted for a "purely defensive" purpose without hostile intent toward North Korea. The Department of State, meanwhile, announced the Rewards for Justice Program with the "offer of up to $5 million for information that leads to the disruption of financial mechanisms" that support North Korea. The U.S. Department of the Treasury also designated additional sanctions actions on two individuals for engaging in North Korea's logistical and financial networks supporting an unlawful weapons program.

Bilateral and multilateral efforts to counter North Korea's nuclear activities could also be observed. While the South Korean government highlighted the role of the ironclad ROK-U.S. combined defense posture, the Japanese government frequently employed the term "regional deterrence" sustained by cooperation with the U.S., South Korea, and ASEAN countries. Similarly, on November 3, South Korea and the U.S. held the 54th Security Consultative Meeting in Washington, D.C., and announced the Joint Communique. The U.S. Secretary of Defense and Korean Minister of National Defense reaffirmed the importance of enhancing the Alliance, noting that the joint military drill for "defensive and deterrent purposes is a critical component of maintaining Alliance readiness."

Meanwhile, on November 4, at the G7 Foreign Ministers' Meeting, G7 leaders affirmed close cooperation in responding to North Korea's ballistic missile launches at an unprecedented frequency. Japanese government expressed its aim for "the complete denuclearization of North Korea in accordance with the United Nations Security Council resolutions while strengthening regional deterrence." G7 leaders' statement also condemned the series of "unlawful ballistic missile launches" conducted by North Korea in 2022 and demanded that North Korea abandon its existing nuclear programs. Furthermore, they proclaimed that "[a]ny nuclear test or other reckless action must be met with a swift, united, and robust international response." Likewise, on November 13, South Korea, the U.S., and Japan held the Summit Meeting in Phnom Penh, Cambodia, and proclaimed the Joint Leaders' Statement. It is noteworthy that the three countries not only agreed to resolve the North Korean nuclear issue but also decided to strengthen the Indo-Pacific Economic Framework for Prosperity to promote amicable ties among them. It can be seen as South Korea and Japan taking the side of the U.S. in the economic conflict between the U.S. and China. The statement elucidated the position on the possibility of North Korea's seventh nuclear test, noting that an additional North Korean nuclear test "would be met with a strong and resolute response from the international community." Especially the U.S. president Joseph Biden "reaffirmed the U.S. commitment to reinforce extended deterrence to Japan and South Korea," and leaders decided to share North Korea's missile warning date in real time to enhance "the ability to detect and assess the threat."

U.S.-China Summit and another ICBM launch

On the other hand, at the U.S.-China Summit on November 14, U.S. president Biden expressed concerns about North Korea's recent missiles. At the following press briefing, Vedant Patel, a principal deputy spokesperson of the U.S. Department of State, pointed out that China has a responsibility to make clear to North Korea that "Pyongyang should not engage in unlawful and destabilizing nuclear or ballistic missile tests." He said,

"all members of the international community, including the PRC, have a vested interest in encouraging the DPRK to act responsibly." The Chinese government, however, reaffirmed its adherence to the original position. Wang Yi, a State Councilor and Foreign Minister of China, stressed the need for "the parties to face up to the crux of the issues on the Korean Peninsula and resolve each other's concerns in a balanced manner, especially the legitimate concerns of North Korea." Mao Ning, a spokesperson for the Chinese Foreign Ministry, reiterated that "the right way forward is to resolve the legitimate concerns of all parties in a balanced way through meaningful dialogue." In other words, unlike other countries that viewed the recent North Korea's behaviors as an unlawful provocation, the Chinese government saw North Korea as having legitimate concerns. This approach is based on China's consistent position that "sanctions and pressure do not help the political settlement of the issues on the Korean Peninsula" and that all parties concerned "create conditions for resuming meaningful dialogue."

North Korea, however, fired a new-type additional ICBM, Hwasongpho-17, on November 18. Guiding the test-fired on the spot with his daughter and wife, Kim Jong Un stated that "the more the U.S. imperialists make a military bluffing in the Korean peninsula and its surrounding area while being engrossed in 'strengthened offer of extended deterrence' to their allies and war exercises, the more offensive the North Korea's military counteraction will be." Referring to its ICBM launch as a defense-building strategy, he clarified his will to use nuclear weapons against nuclear strike means. In the face of continuous North Korea's ICBM launches, some leaders attending the APEC Economic Leaders' Meeting held an extraordinary "Meeting with Leaders of Like-minded Countries on North Korea's Ballistic Missile Launch." They concurred to strengthen coordination toward the complete denuclearization of North Korea following the U.N. Security Council resolutions. Notably, at the following press conferences, the U.S. and Japanese representatives officially denied the possibility of recognizing North Korea's status as a nuclear-weapon state.

As such, in November, North Korea continually launched ballistic missiles, including ICBMs.

Despite bilateral and multilateral efforts to counter North Korea's aggressive behaviors, it remains unlikely that North Korea will change its nuclear strategy toward "denuclearization." Therefore, South Korea and the U.S. must create a structure to bring North Korea into a peace process that nobody can easily walk away from.

South Korea needs to narrow the discrepancy in understanding of North Korea's provocative behaviors with China to build a robust regional entity to maintain political pressure on North Korea and encourage North Korea to engage in denuclearization talks.■ 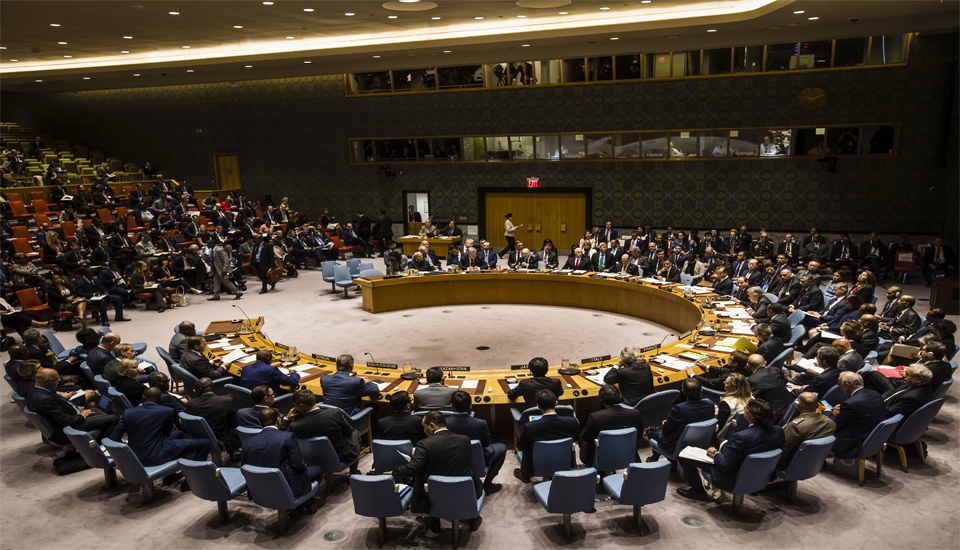 Divining the North Korean Nuclear Problem in a Multipolar World 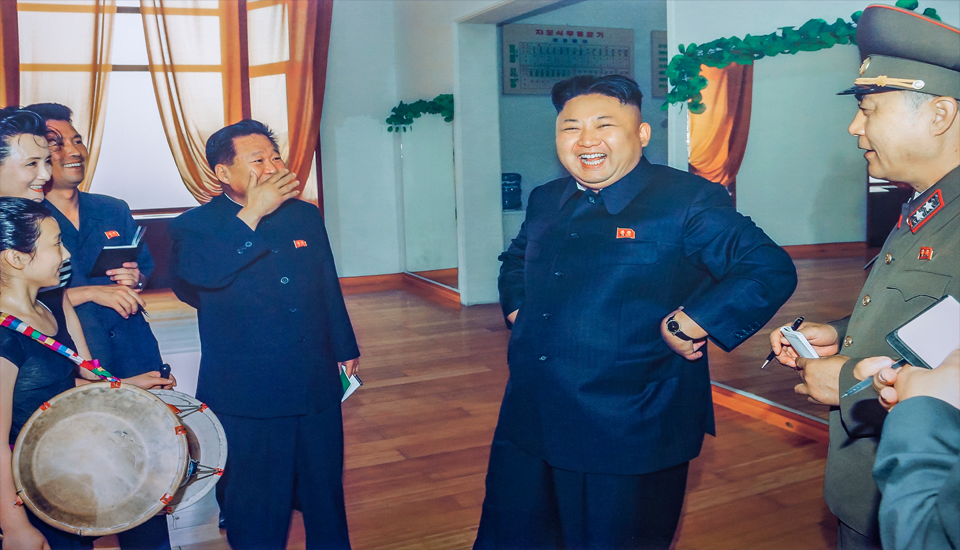 A Decade Under the Millennial Supreme Leader Kim Jong-Un