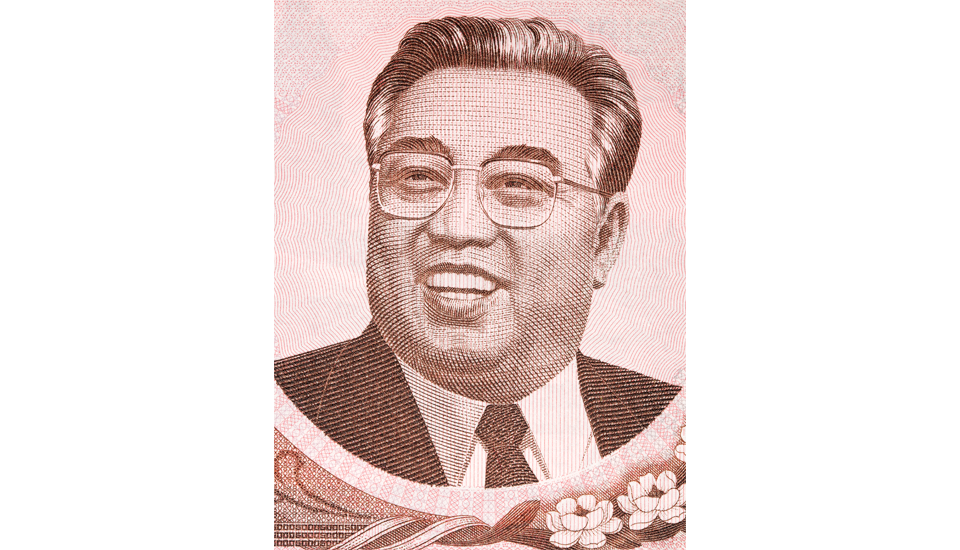 Adrian Buzo, a former professor at Macquarie University in Sydney, suggests that Kimism, or “the political philosophy of the former North Korean leader Kim Il Sung,” was shaped by cultist Japanese militarism and state-centralized Soviet Stalinism. Considering recent geopolitical trends, the failure of maximum pressure on Kim Jong-un’s regime, and the authoritarian ideologies that have shaped North Korea’s economic restructuring and nuclear program, Pyongyang will hardly opt into reforms or be persuaded by external forces.

Somewhere deep in the recesses of the Korean conflict lie the vestiges of the conflicting visions of Korea’s future that emerged immediately after 1945. But however real these conflicting visions were at the time, they now lie deeply buried beneath a very specific historical narrative that owes little to social forces and much to Kim Il Sung’s capture of such forces in his vision of war and militant struggle as the defining purpose of nation-states. The intensity of this vision and the embedding of systems which give definitive institutional, intellectual and behavioral form to it remain key features of the North’s system, and they help us to understand the almost zero-return from efforts to persuade Pyongyang to seek more pragmatic outcomes. Quite simply, problems that outsiders perceive as existential threats do not really exist for the elite charged with handling them in a mind-set that is not so much denial as ideological capture.

The North Korean version of “reality” remains essentially a product of its anti-modern identity. One could fill volumes with what “modernity” entails, but we find few of its core features in the North. Instead, Kimist ideology, while ostensibly designed to buttress the building of a modern state, has been overwhelmed by anti-modern features, expressed through such familiar features as personal autocracy, dogmatic ideology, control of civil society, pervasive internal security, denial of freedom of information, isolation from international political and economic structures and institutions, the rise of a new class system based on the absolute primacy accorded to Party loyalty and nepotistic revolutionary bloodlines, high levels of militarism and, of course, human rights violations to the level of crimes against humanity. This system affords Pyongyang’s interlocutors little or no means to find a common language, let alone a common cause.

It is worth reflecting on the wellsprings of the Pyongyang mindset, and here we may note the role of historical contingency, specifically, the North’s state-defining encounter with two authoritarian ideologies: Japanese militarism and Soviet Stalinism. At the heart of the former lay the Japanese Emperor cult, participation in whose rites became compulsory for many Koreans during the 1930s. Thus we observe in Kimism such shared features as sacred leader-worship, false history redolent with mysticism and cultural chauvinism but demanding acceptance as objective fact, strong emphasis on racial purity, proclamation and pursuit of a special national destiny through righteous war-making, government through an insistence on organic unity between ruler and subjects which was founded on a putatively sublime collective will and which made redundant the sectional, divisive concerns of base politics and civil society interest groups.

The second framework derives from the post-1945 heavy ingestion of Stalinist strategies for nation-building, for Kim’s exposure to Stalinism was extended and his adherence to the Stalinist blueprint was meticulous, as was the blueprint itself. Space precludes a detailed elaboration of the key features of Stalinism but in both the Soviet Union under the mature phase of Stalinism in the 1930s, and in North Korea today, the state finds its essential identity as an extensive, highly centralized command system of economic and social mobilization, directed by a genius-leader and reinforced by pervasive state terror. In this respect, efforts to present the post-famine North as having moved away from its Stalinist roots are misplaced, for its essence continues to guide state policy and practice.

We need not define of Kimism solely in terms of these two well-attested influences, but it is nevertheless clear that what we may term strong family resemblances are present, far stronger than just elements of propaganda imagery and visual symbolism. Moreover, one should not doubt the durability of Stalinism, for while the failure of the former Soviet Union had many authors, it was essentially a failure to overcome its Stalinist legacy, while the re-emergence of overt authoritarianism in China today also owes much to its Stalinist heritage. This is why periodic media speculation on buds of pragmatism in the North remains highly speculative, for at heart such course of action remain more threatening to the elite than maintaining the status quo.

Taken together, these two influences have shaped policy outcomes in many areas, most notably economic restructuring and nuclear weapons development. Regarding the former, after the major economic collapse of the early 1990s. Kim Jong Il rejected the option of reform measures as practiced in China and Vietnam in favor of a string of system-defending measures. The term “reform” is sometimes attached to these measures, though not by the North Koreans themselves, and with the passage of time it has become clearer that in fact such policies as the 1 July 2002 Economic Reform Measures constituted the antithesis of reform in their goal of defending as much of the previous system as possible. Currently, private market activities account for a reasonable proportion of economic activity in the country, but they are largely screened off from major industries, and their essential character as trading mechanisms for light industry, foodstuffs and consumer goods and services has changed remarkably little during their twenty-year history.

And so the shaping hand of ideology in economic policy remains as strong as ever in 2022, with the tide if anything, flowing back towards what Kim Jong Un now calls “the unified guidance of the state” as opposed to “the transitional and provisional work methods of the past”. The country continues to lack a modernizing political elite, economic success is still identified with acquiring military assets, furthering the prestige of the capital, and serving the needs of the elite, but most of all, the North cannot even discuss this issue, for it still lacks any system of publicly debated ideas capable of supporting and advancing structural change.

In nuclear weapons development, people are generally aware that Kimist ideology mandates continuing, resolute confrontation with the ROK, Japan and the US, and this in turn obliges it to operate largely outside international economic and political frameworks. Attempts to bring the North into the fold and negotiate productive outcomes are usually predicated on the need to address its longstanding and extreme threat perceptions, but the debate on who is really threatening who in this contest remains endless and futile. What is clear after decades of negotiation with the ROK and the US is that North Korean demands for threat mitigation involve the dismantling of basic security structures in both these countries as a precondition to further putative negotiation, and this stance simply lacks credibility.

Meanwhile, in 2022 we appear to be on the cusp of further nuclear weapons testing, although under Kim Jong Il, testing has overwhelmingly focused on delivery systems, with extended digestion periods between actual weapons testing. Thus whether such testing will occur remains moot. Less moot is the proposition that Pyongyang has found nothing it can value as much as the acquisition of nuclear weapons - its “nuclear treasured sword” - as the ultimate means of ensuring regime survival, and in pursuit of which huge numbers of North Korean citizens have already died of starvation. The fearful price already paid should have made clear that moderation of this program in return for forms of security guaranteed by its adversaries is fanciful.

It is difficult, if not impossible, to gain a firm idea of North Korean nuclear strategy. Nuclear weapons are a highly illogical form of weaponry, since they rely on the threat of use for their effectiveness, not actual use. This commits Pyongyang to an on-going development program underpinned only by the exponential objective of threat enhancement, buttressed by the enormous psychological boost the North undoubtedly derives from it, for in a field littered with setbacks and failures, this represents the one success they have had, one which they believe places their threat-potential on a parity with far greater powers and is therefore one which cannot be surrendered.

In all likelihood, then, North Korea will be with us as an independent, nuclear-armed state for the foreseeable future, for no alternative is in sight. But one should not confine the debate on the future shape of events to the North’s weaknesses, for not all currents are flowing against Pyongyang. From the point of view of Kimist survival, its nuclear weapons program has been successful, economic sanctions have had little discernible effect on state policies, while the on-going fraying of the post-Cold War international system has opened up avenues of hope – real or wishful – for the leadership. It means, for example, potential for advanced North Korea – Russia cooperation, while the key factor of Chinese support is now even less likely to change, for although the Chinese continue to find relations with the North highly problematic, they are clearly prepared to live with the current situation, and things would have to get unimaginably worse for Beijing to contemplate forcing some form of fundamental change on the regime, with all the uncertainties such a course of action would entail. Moreover, the North’s rogue economy has adroitly exploited the massive and growing opportunities for cybercrime and financial fraud that continue to open up in the global economy, where it is believed to harvest hundreds of millions of dollars per annum.

In sum, there remains a modern nation-in-waiting in North Korea, defined as an IAEA safeguards compliant state which accepts at least some degree of co-dependence as a fact of life in the international order, and which accepts the pursuit of the material wellbeing of its people as its fundamental responsibility and as a desirable end in itself. How far off this vision is from becoming reality remains anyone’s guess. Current indications are that under Kim Jong Un the leadership will continue to reject economic reforms as the way of the future, and instead remain committed to system-defending measures which may be substantial as long as the regime believes they are containable. Otherwise, at present external forces have little prospect of influencing the leadership to deviate from its current path, either by promises or threats – carrots and sticks in common diplomatic parlance. We are left with the ruinous effects of power without accountability, dogmatic militarist ideology, and a regime still facing an uncertain future but viable in its current form and likely to remain so.■

■ Adrian Buzo retired from Macquarie University, Sydney, in 2019. In 1972 he joined the Australian Department of Foreign Affairs and received postings to Seoul and Pyongyang. Dr Buzo left government service in 1977 to take up an academic career, and in 1987 was appointed to the first full-time academic position in Korean Studies in Australia, offered by Swinburne University of Technology. He then served as Executive Director of the National Korean Studies Centre, an Australian Commonwealth government-sponsored initiative managed by four Melbourne-based universities to promote Korean language and cultural studies at all levels of the Australian education system, and as an inaugural board member of the Australia Korea Foundation. He holds a doctorate in Asian Studies from Monash University, where he was also Senior Lecturer in Korean Studies, and a Master of Arts from Dankook University, Seoul, in Korean Language and Literature. An internationally recognized authority on North Korea, Dr Buzo’s recent publications include The Guerilla Dynasty: Politics and Leadership in the DPRK (2017) and The Routledge Handbook on Contemporary North Korea (2021). The fourth edition of The Making of Modern Korea was published by Routledge in November 2022. 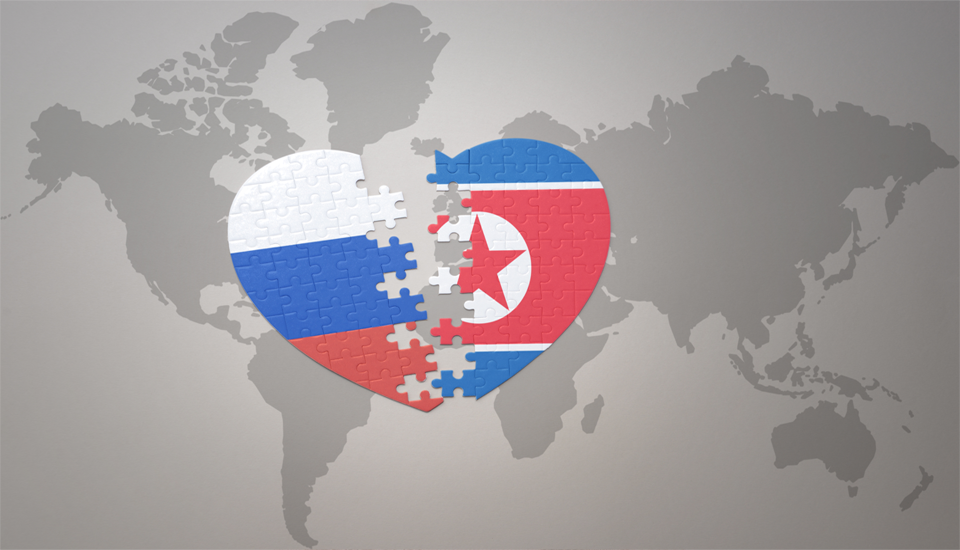 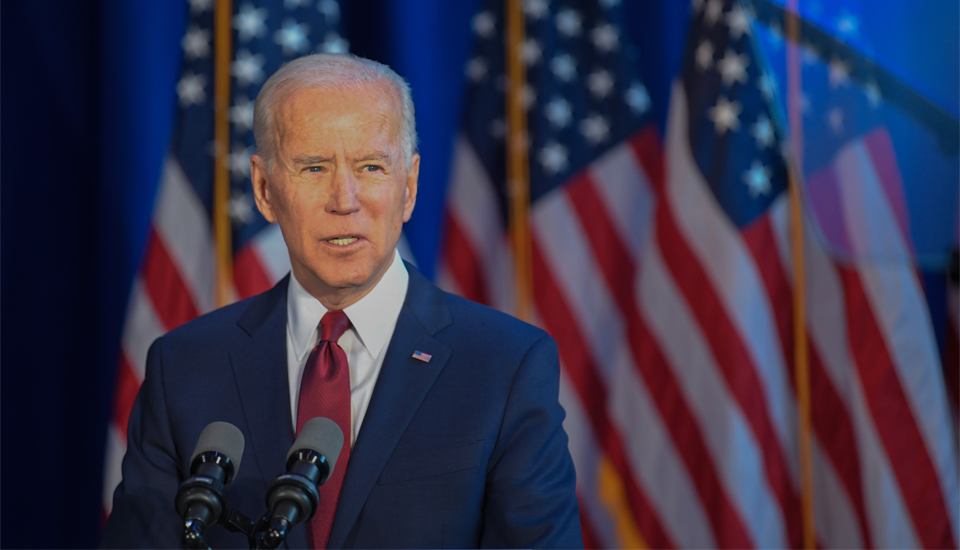 The Future of U.S.-North Korea Relations After the 2022 U.S. Midterm Elections