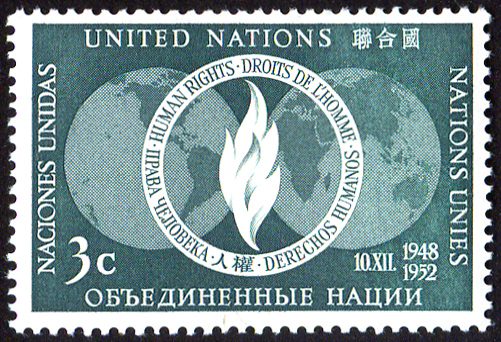 Hun Joon Kim
A professor of Political Science and International Relations at Korea University. His publications relevant to this field include The Massacres at Mt. Halla: Sixty Years of Truth-Seeking in South Korea (2014), Transitional Justice in the Asia Pacific (ed. 2014), “Are UN Investigations into Human Rights Violations a Viable Solution? An Assessment of UN Commissions of Inquiry” (2019), and “The Prospect of Human Rights in US-China Relations: A Constructive Understanding (2020).”

The Global NK Special Report Series looks into key concepts regarding North Korea and inter-Korean relations. In this issue, Professor Hun Joon Kim discourse on human rights in Korea compared to discourse that has unfolded in international politics on the whole during the Cold War. Through such a comparison, the issue discusses how the concept of human rights transformed on the Korean peninsula.

The term “human rights,” coined in Western Europe and subsequently spread across the world, was generally understood among Koreans as "the rights bestowed upon people by the Heavens (Nature)." Western ideas, including human rights, were introduced into the Korean peninsula upon the opening of the ports through different channels. The idea of human rights in particular is known to have been imported by Yu Kil-chun. Seoyu-gyeonmun (西遊見聞, "Observations on Travels in the West"), a travelogue authored by Yu, described human rights as freedom and Tong-ui ("the universally accepted principles and justice") entitled to every person. Tongnip Sinmun (The Independent), an early Korean newspaper, helped disseminate the idea of human rights as "natural and inalienable rights bestowed upon by God” among the public and called for gender equality and the abolishment of social hierarchy based on this idea. However, upon Japanese colonial rule began discourse on human rights rapidly receded; without a government of their own, the Korean population could no longer claim any of their natural rights. Yet, things began to change following the March 1st Movement in 1919, upon the establishment of the Provisional Government and as the liberation movement gained strength. There were several turning points concerning discourse on human rights in the following years during Korea's national independence and nation-building process in August 1945. A whirling vortex of the Cold War soon followed. Against this backdrop, this paper examines the similarities and differences found in the discourse on human rights in Korea in comparison with that in the international arena.

in Korea and International Community

Discourse on human rights in Korea and that in the international community generally share three similarities. First, the trajectory in the development of the idea of human rights split along the ideological fault-line. Human rights was a major factor that distinguished the liberal bloc from the Communist bloc in international politics; mudslinging and propaganda against each other ensued along the line.Such Cold War logic was reflective on the Korean peninsula. Discourse on human rights in Korea stemmed from criticism on human rights infringements in North Korea and the Soviet Union. Second,discourse on human rights in Korea and in the international community both took a critical stance against the U.S. following the civil rights movement. The Communist Party in China showed their support for the movement while deploring the status of human rights in the U.S. Korea also expressed concerns on the issue, reflective of the global trend. However, Korea voiced criticism in a tone different from that of Communist and non-allies; while their criticism against the U.S. focused on racial discrimination and highlighted economic and social rights, Korea found fault with the violation of the key principles of the free world, such as freedom and equality. Third, the notion of human rights both within and outside Korea diversified itself into sub-categories. On the international level, the human rights agenda was subdivided into civil, political rights and economic, social, cultural rights. The subcategories were later divided further into human rights issues specifically concerning females, children, torture, racial discrimination, the disabled, and the like. This trend was reflective in Korea, which dealt with the human rights of women, children, and the disabled in the mid-1970s. In areas of education and social welfare, approaches were made based on human rights.

Second, particular events were perceived as issues related to human rights in Korea and emphasized in varying ways. The 1970s, during this which the Helsinki Accords were signed and Cambodia was the spread of communism, is reflective of such differences. While international attention was focused on the Helsinki Accords, Korea was more heavily focused on the emergence of Khmer Rouge and the communist regime in Cambodia. Domestic discussion on this issue aptly illustrates how the idea of human rights has been aligned with domestic politics and inter-Korean relations. In its editorial, The Dong-a Ilbo, a major Korean newspaper, argued that the communization of Cambodia stemmed not from the weakened military but from the domestic issue of infringements on human rights. This line of reasoning was understood as a tacit warning to Park Chung-hee and his "Yushin" regime for its abuse of human rights. Meanwhile, the Korean leadership’s perceived this from a different perspective and thereby responded differently. At that time, the Democratic Republican Party was concerned about a possible Communist spillover on the Korean peninsula following events that unfolded in Indochina and factored this in its foreign policy. It issued a warning against the U.S. Congress and the media, which had been blasting South Korea for its disregard of human rights. In particular, the Korean government expressed its dissatisfaction with the Congress hearing focused on the issue of Korea's human rights led by Rep. Donald Fraser. The Park regime maintained that the U.S. should also pay attention to the status of human rights in North Korea as much as it did on that of South Korea. It is worth noting that discourse on human rights in Korea was less concentrated on the Helsinki Accords, representative of the agreement between the liberal and the Communist blocs, than on the ongoing conflict in Indochina, in which tensions between the two blocs were visibly present. This suggests that Korea identified itself more with Southeast Asia than with Europe, during a time of continued confrontation with North Korea. Thus, the two global incidents were domestically perceived differently due to the aforementioned domestic situation. This shows that international politics was refracted by domestic politics or local politics on the Korean Peninsula.

Third, conflict within the liberal camp, mostly left unnoticed in the international political scene, is laid bare when looking into the human rights discourse in Korea. In the 1970s, the U.S. government and the Congress in particular, closely monitored the status of human rights among its allies. During the earlier stages in which U.S. criticized its allies, South Korea, while accepting of some points of U.S.’ criticism, it emphasized the uniqueness of the confrontation between the two Koreas. That is, South Korea’s logic was based on the fact that although it embraced the universality of human rights, limitations and restrictions were inevitable. However, after Jimmy Carter took office, and U.S. pressure on Korea increased and the two countries began to collide head-on over human rights. Korea expressed unease claiming that the U.S. excessively criticized the South when the U.S. faced its own issues regarding human rights. Further, South Korea went on to state that U.S. criticism on human rights is an interference of human rights that violates the principles of sovereignty.

Human Rights Discourse in Korea during the Cold War

through Interaction with International Discourse

[Article] US, South Korea to work toward ‘diplomacy and dialogue’ with North Korea) 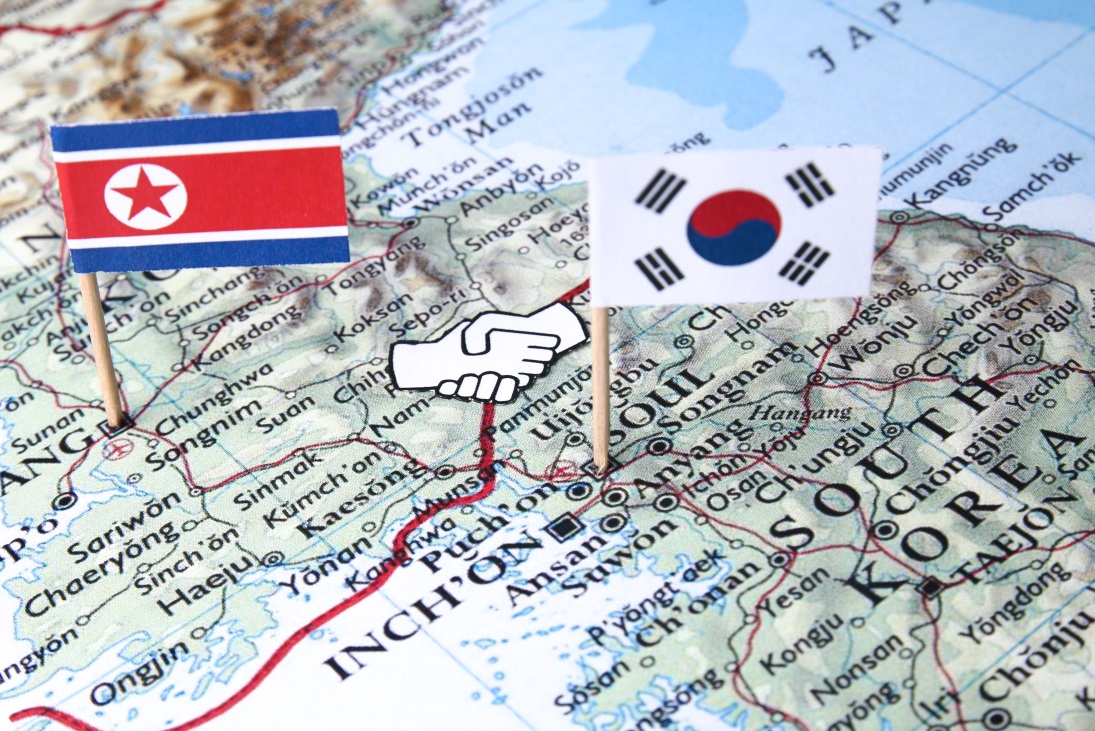 [Global NK Commentary] Anticipating the Reunion of Moon and Kim 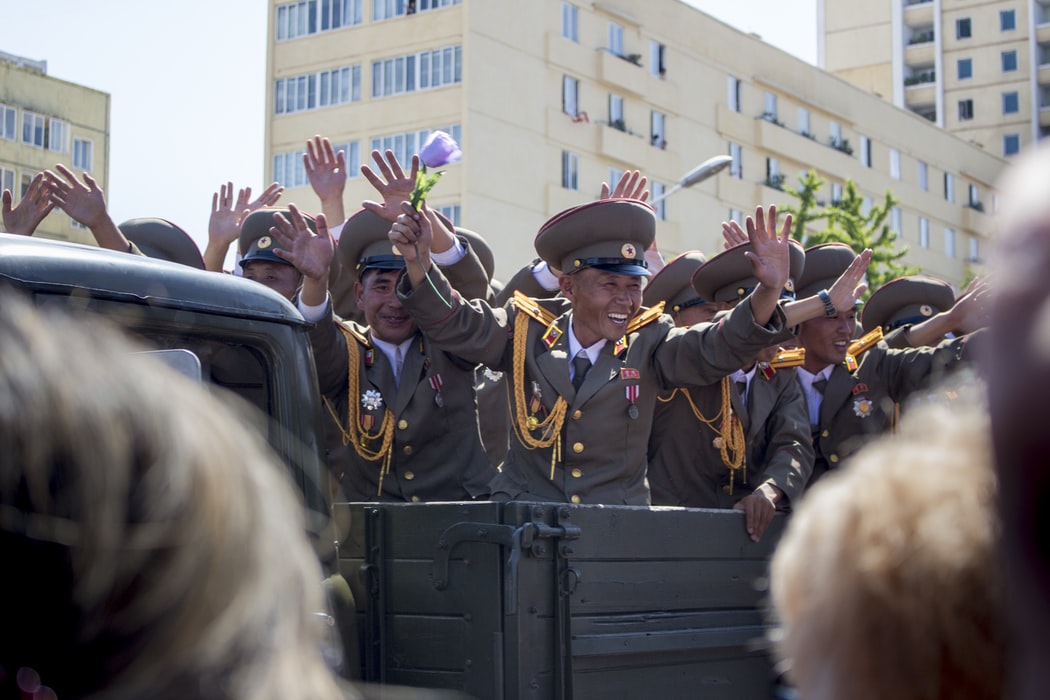 Consistent Inconsistency: What one thirty-year-old cable reveals about US-DPRK relations