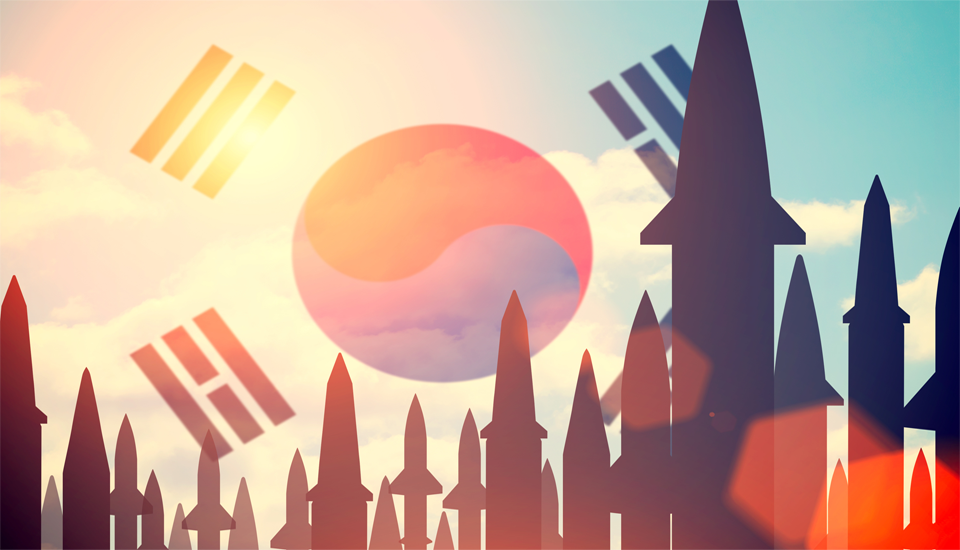 Young-sun Ha, Chairman of the East Asia Institute (Emeritus Professor at Seoul National University), discusses South Korea's options in responding to the escalating tensions on the Korean Peninsula as North Korea adopted an aggressive nuclear doctrine and law declaring itself to be a nuclear weapons state, and demonstrated its ability to carry out strikes with tactical nuclear weapons. Chairman Ha claims that South Korea's nuclear weapons acquisition or deployment of U.S. tactical nuclear weapons would not bring the expected outcomes while only weakening the legitimacy of pursuing North Korea's denuclearization. In this regard, combining South Korea's Three-Axis Defense System with the United States' integrated deterrence system would be a realistic and effective approach for South Korean security and stability on the Korean Peninsula.

Part 2. Redeployment of the US Tactical Nukes 11:06

■ Young-Sun Ha is the Chairman of the board of trustees at the East Asia Institute(EAI) and Professor Emeritus of the Seoul National University. Dr. Ha served as a member of senior advisory group for the inter-Korean summit talks preparation committee and a member of the Presidential National Security Advisory Group(2008-2016). He received his B.A. and M.A. from Seoul National University, and holds a Ph.D. in international politics from the University of Washington. He was Professor of International Relations at Seoul National University (1980-2012), He was a research fellow at the Center for International Studies at Princeton University, and the Stockholm International Peace Research Institute. His recent books and edited volumes include: World Politics of Love: War and Peace (2019), A New Perspective on the Diplomatic History of Korea: Tradition and Modernity (2019), U.S.-China Competition in the Architecture of a Regional Order in the Asia-Pacific (2017).

[Article] Canada – Accomplice in Aggravation of Situation on Korean Peninsula)