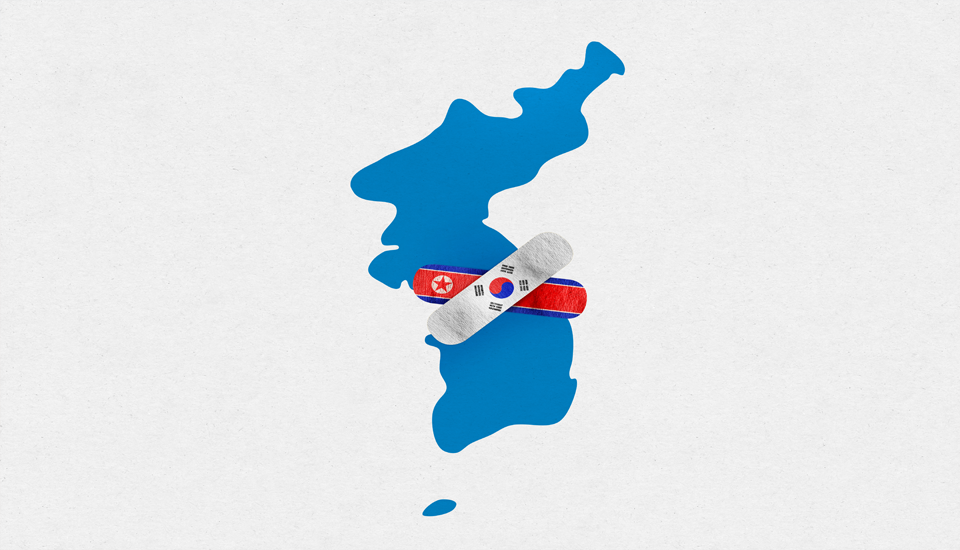 Unification Minister Kwon Youngse explains that the key component of the Audacious Initiative is to achieve complete denuclearization of North Korea through large-scale support to Pyongyang in economic, military, and political sectors. He states that agreements signed by the previous government of South Korea with North Korea should be inherited. However, policies related to human rights issues and other areas considered too conciliatory or appeasing yet pursued to continue dialogue with Pyongyang need to be improved. In addition, he emphasizes the importance of South Korea-China diplomacy in order to encourage Beijing to play a constructive role in solving the denuclearization issue. Given that public interest or support in unification has been decreasing, especially among the young generation, Minister Kwon suggests that it is necessary to continuously explain and persuade the public about the justification and benefit of the unification. Furthermore, to restore the cultural homogeneity between the two Koreas, he claims that the government is preparing a policy to lift restrictions on North Korea’s news outlets conveying news, facts, and official statements.

I. Key Components of the Audacious Initiative

• Minister Kwon explains that the “Audacious Initiative aims to achieve complete denuclearization of North Korea through large scale support, including in the economic, political, and military sectors; to realize peace on the Korean Peninsula, and to shorten the path to unification.”

• Compared to the previous proposals made to North Korea, he highlights that “the biggest difference is that it [the Audacious Initiative] embraces not only the economic but also the military and political sectors.”

• When asked about the detailed measures of security guarantees to North Korea, he states that “we need to cooperate closely with all neighboring countries like the United States, Japan and China, which could have a significant influence on the future developments of inter-Korean relations.” He then adds that “as far as I know, the United States agrees with the overall direction and contents of the initiative, and there haven’t been any issues between the two governments.”

• Minister Kwon indicates that he is thinking of “an effort to bring North Korea to the negotiation table as a part of the audacious initiative.”

• North Korea Policy is built upon “three D” pillars, which stand for Deterrence, Dissuasion, and Dialogue. He states that “we make sure that North Korea is deterred in posing nuclear or missile threats by strengthening the extended deterrence and maintaining sanctions to dissuade North Korea from continuously strengthening its nuclear weapons. ... Then if North Korea would find that there are no ways to maintain its regime, it might find a dialogue as only means to address any economic or other hardships that would follow. We want to shorten this process by employing diplomatic efforts in cooperation with our global partners.”

• In terms of inter-Korean cooperation in the private sector that had not been fulfilled well during the previous administration, he suggests that “it is useful for two Koreas to have civilian exchange with no political color, such as civilian cooperation by religious groups. I think a cooperation in the private sector could seed a bit of trust between two Koreas, and the trust could grow to lead a government-level dialogue.”

• He emphasizes that he will pursue a long-term approach toward North Korea-related issues by saying “if we only work with an aim to make any feats of a given administration, especially during the tenure of a single Unification Minister, it will not address any inter-Korean issues, with no positive future impact.”

• North Korea issue seems to be ideological and sensitive among South Koreans, sharply divided into two camps according to how they perceive it. However, he assesses that “there is not much difference in what people want regardless of which side they belong to. People agree that we need to achieve the denuclearization of North Korea, and ultimately, the unification of the Korean Peninsula.”

• He says that “the most important task in moving toward unification with North Korea is the denuclearization of North Korea. What I want to highlight the term ‘running a relay’ is we should focus on and emphasize common elements”, such as inheriting the agreements signed by the previous government of South Korea with North Korea. Meanwhile, he points out that “we should improve our policies related to human rights issues and other areas that could be considered a bit too conciliatory or appeasing, yet pursued for the sake of continuing dialogue with North Korea.”

Ⅲ. Cooperation with the International Community on the North Korean Problem

• He urges that “China holds most of the keys to doors that lead to denuclearization or the path of opening and reforms in North Korea.” Regarding North Korea-China ties, he claims that “China would not welcome having a nuclear-armed country right next to it. If we can make the best use of this, I believe we can induce China to play a constructive role in solving the denuclearization issue.”

• Public interest or support in unification has been decreasing, especially among the young generation. Minister Kwon says that “it is necessary to continuously explain and persuade the younger generation about the justification and benefit of the unification.”

• Accessing North Korean documents in South Korea is currently prohibited. Minister Kwon highlights that “we should strive to restore the cultural homogeneity between the two Koreas through broadcasting, media, culture and sports exchanges.” And, he mentions that “it is hard to lift restrictions on all kinds of media at once. We can focus on news outlets conveying news, facts, and official statements, leaving out propaganda media.”■

■ Kwon Youngse_Kwon Youngse is a South Korea’s Minister of Unification. He was a Member of the 21st National Assembly, ROK Ambassador Extraordinary and Plenipotentiary to the People’s Republic of China (2013-2015), Secretary-General of the Grand National Party and Saenuri Party (2011-2012), Chairman of the Intelligence Committee at National Assembly (2010-2012), and President of the Korea-Germany Parliamentarian’s Friendship Association (2008-2012). Minister Kwon is a graduate of the Harvard University Kennedy School of Government where he earned Master of Public Administration. And he earned M.A. and B.A. in law at Seoul National University.