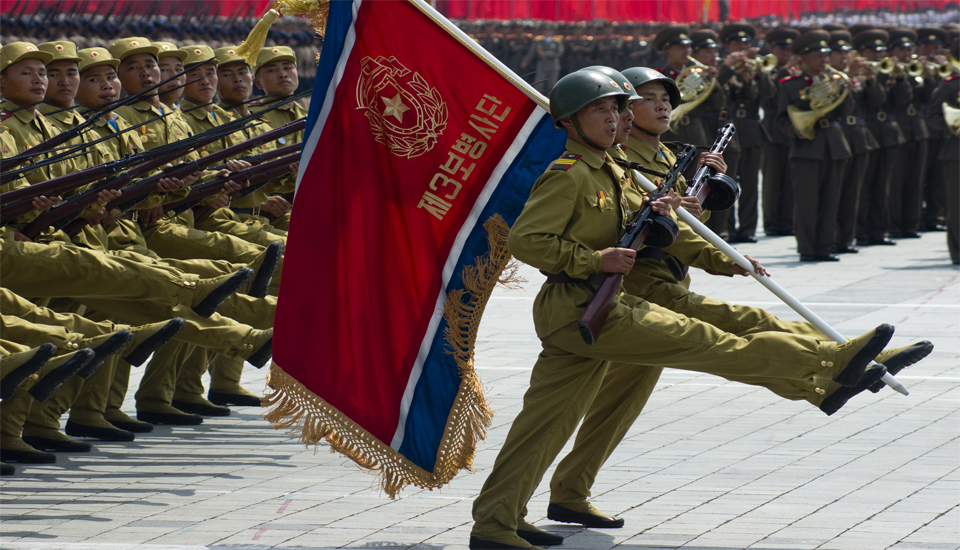 Following Pyongyang’s intercontinental ballistic missile (ICBM) launches in March, it was widely speculated that North Korea would carry out more provocations, given that there are several political events to commemorate the Day of the Sun, anniversary of the Korean People’s Army, and the like in April. Sung Kim, U.S. Special Representative for North Korea, said that the U.S. “ will be prepared” for nuclear and missile tests following Kim Yo Jong’s threat that “the South Korean army would suffer extermination.” Washington also stated that it is closely watching the celebrations as North Korea “in the past has used the occasion of holidays and other notable occasions … to engage in provocations.”

However, April saw relative silence with one test-firing of a “tactical guided weapon” and a military parade. Contrary to expectations, there was no military parade on the 110th birthday of Kim Il Sung. Instead, Kim Jong Un attended a large-scale civilian rally and float parade in Pyongyang where top official Ri Il Hwan, not Kim, addressed the public saying that North Koreans will not “yield to any hardships and difficulties.”

On the next day, North Korea fired a new type of “tactical guided weapon” into the East Sea, which marks Pyongyang’s 12th missile test of the year. North Korea’s state media reported that “the test which was watched on-site by Kim Jong Un was to strengthen the country’s “tactical nuclear operation.” Although it was the only missile test of the month, it raised concerns that North Korea “may soon test a more compact nuclear device to complement the missile test” and was also analyzed as a protest to the “anticipated U.S.-South Korea joint military exercises.” In response, President Moon Jae-in convened an emergency National Security Council meeting on April 16th and 17th and instructed close monitoring of North Korea’s military.

The anticipated military parade came nine days later on April 25th, the 90th anniversary of the Korean People’s Army. In the parade, Pyongyang revealed a new type of solid fuel missile, which seemed to be a variation of its Pukguksong series along with hypersonic gliding missiles, maneuverable reentry vehicle-toting medium-range ballistic missile (MRBM) and KN-24 and KN-23 short-range ballistic missiles (SRBM). Furthermore, the numbering of North Korea’s transporter erector launchers (TEL) showed that it may possess at least nine of the 11-axle TELs capable of carrying Hwasong-17 ICBMs. Unlike April 15th, Kim Jong Un delivered a speech to the North Korean public at the parade. In his speech, Kim stated that North Korea’s “nuclear weapons can never be confined to the single mission of war deterrence.” Suggesting that offensive use of nuclear weapons is possible, Kim added that North Korea’s nuclear forces will go ahead with their “secondary mission” when its “fundamental interests” are violated.

The missile test and military parade came amid new sanctions from the U.S. and the European Union following North Korea’s latest ICBM test. Following North Korea’s March 24th test of Hwasong-17, the U.S. announced on April 1st that it is imposing new sanctions on the Ministry of Rocket Industry and four other companies for supporting North Korea’s weapons development program. The U.S. Treasury added that Pyongyang’s March tests “demonstrate North Korea’s clear determination to continue developing its unlawful WMD and ballistic missile programs.” The U.S. also seized $2.3 million from two companies which were associated with North Korea’s money laundering scheme. The European Union joined in the sanctions by adding twelve new individuals and entities to the sanctions list which entails travel bans and asset freezes. Pyongyang reacted negatively to the newly added sanctions, accusing the E.U. of joining “hostile policy” against North Korea.

Despite such international efforts to prevent the regime from continuing its weapons development and the relative absence of weapons testing in April, prospects for stability in the Korean Peninsula seem unclear. With continued activity at the Punggye-ri Nuclear Test Facility and the inauguration of President Yoon Suk-yeol, possibilities of future ICBM launches and yet another nuclear test still remain in place.

A report by the Heritage Foundation forecasted that “an escalating cycle of rising tensions on the Korean Peninsula is likely” given that Kim has “abandoned any interest in diplomatic dialogue.” Such prospects are not only based on North Korea’s past behavior, but also on its current course of action, which suggests an imminent nuclear test. The Center for Strategic and International Studies reported that satellite images show construction activities in Punggye-ri Nuclear Test Facility to restore Tunnel No.3 and added that these preparations on site should not be dismissed as “insignificant activity.” Furthermore, the testing of a “tactical guided weapon” and the possibility of a tactical nuclear weapon pose a direct threat to South Korea. This is exacerbated by Kim’s comment on the offensive use of nuclear weapons, which significantly lowered the nuclear threshold.

The changing power structure of the region is also worth noting as ROK-U.S.-Japan relations may be mirrored by DPRK-China-Russia relations as North Korea voted against expelling Russia from the United Nations Human Rights Council and DPRK-China trade has been restored to pre-COVID-19 levels. Moreover, when reflecting on the history of North Korea’s provocations during power transitions in South Korea, the early days of the Yoon government are likely to be characterized by a cautionary approach due to the uncertainty of inter-Korean relations. ■

#Day of the Sun 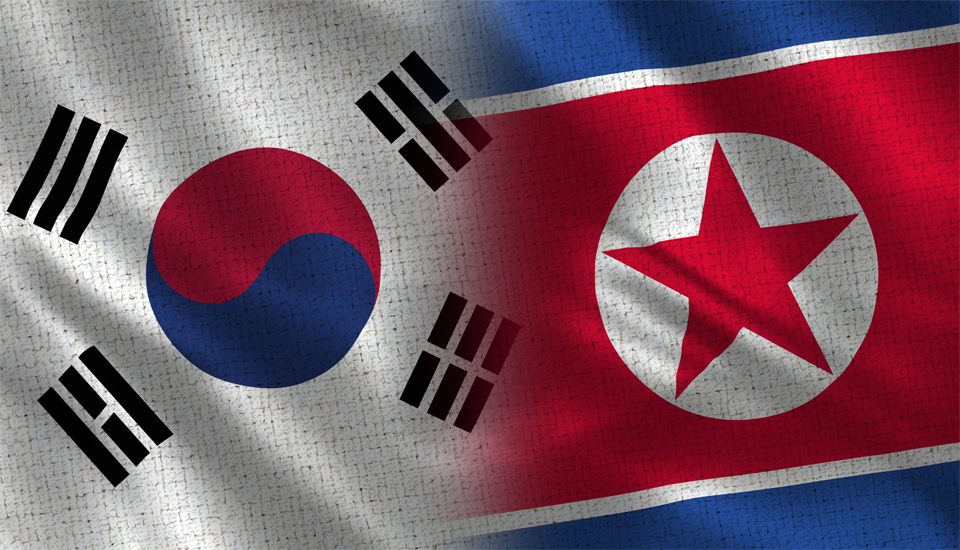 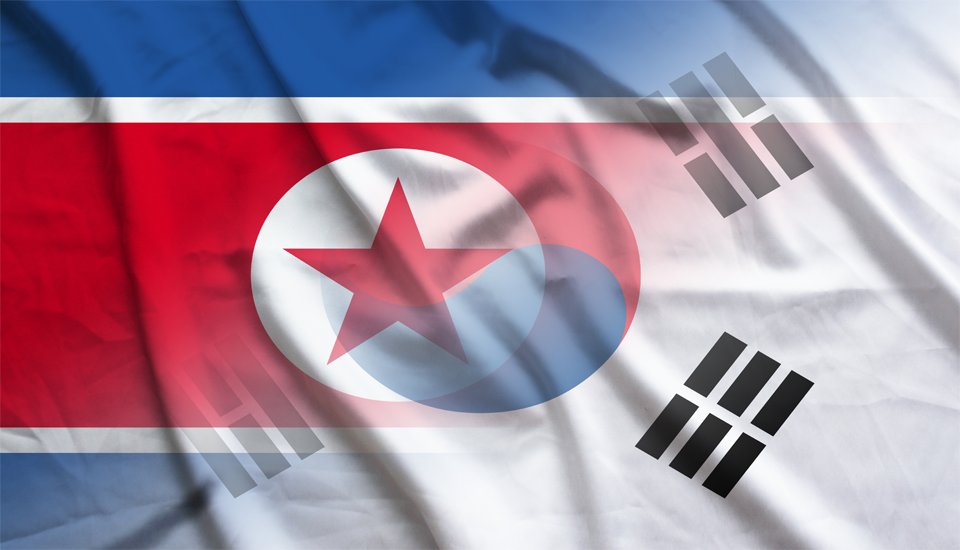 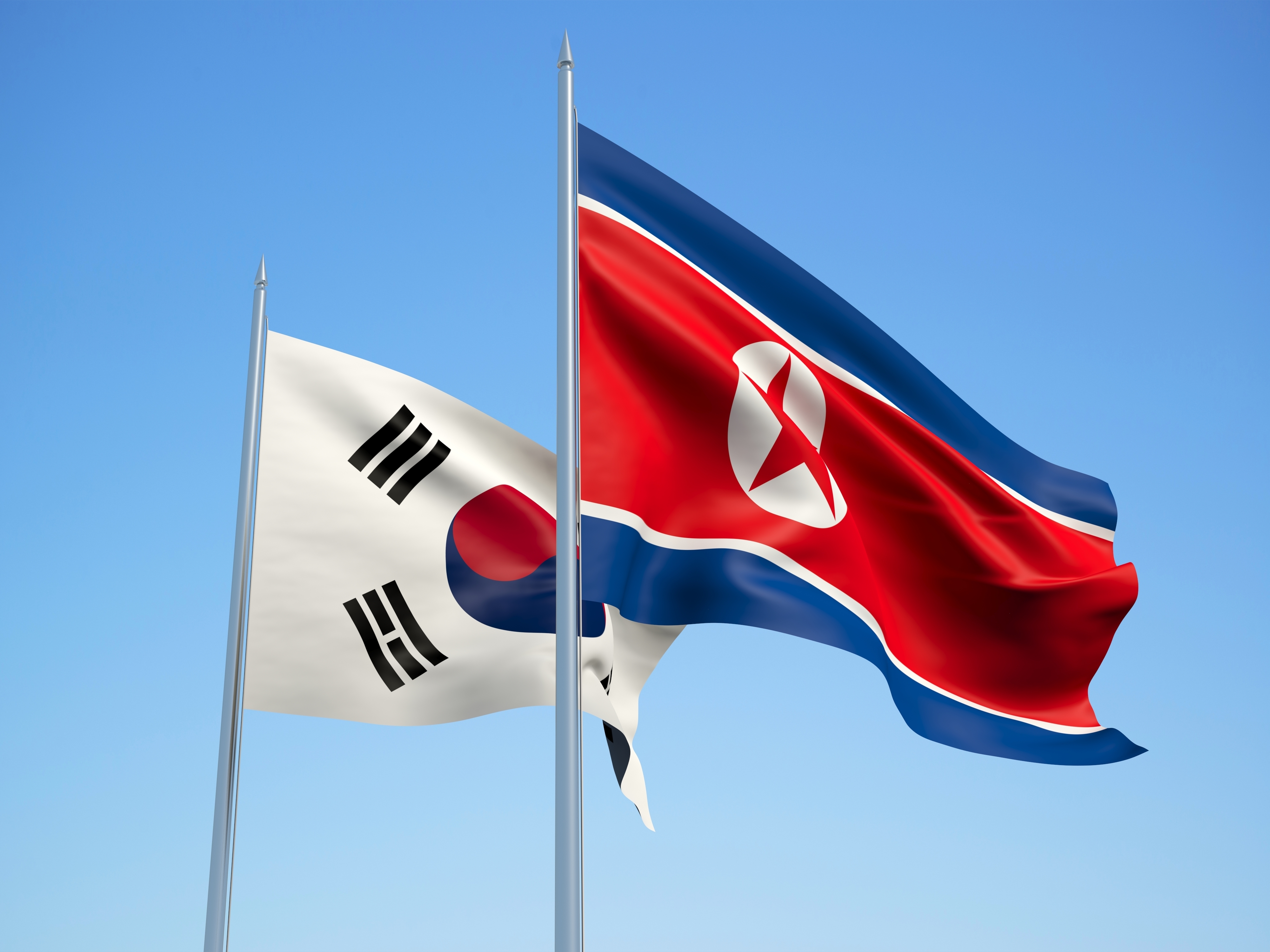