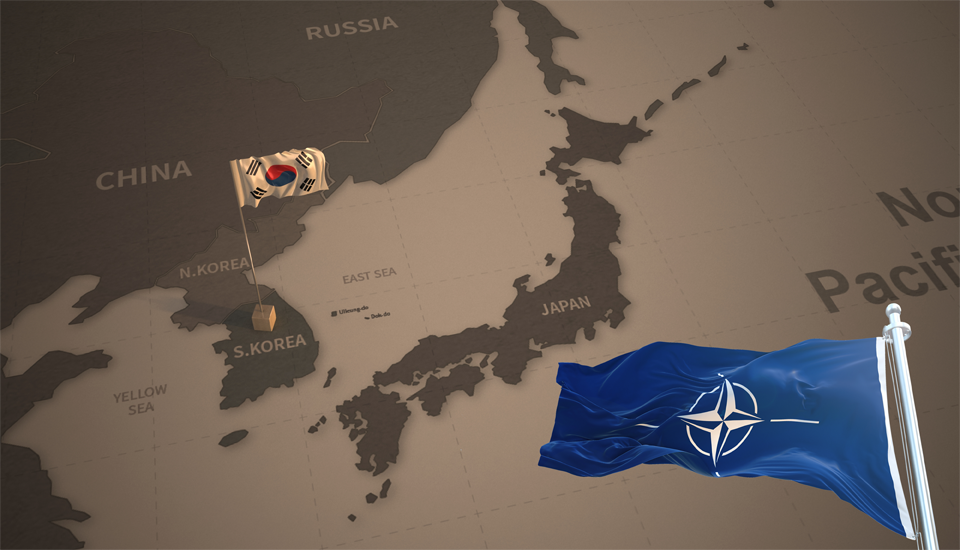 In this interview, Dr. Ramon Pacheco Pardo, Professor of International Relations at King’s College London and the KF-VUB Korea Chair at the Brussels School of Governance of Vrije Universiteit Brussel, discusses the EU’s growing security cooperation with South Korea and its potential role in North Korea’s denuclearization. As South Korea is the only Asia country actually exporting military equipment to NATO members, Dr. Pacheco Pardo highlights that Europe has a special interest in maintaining its longstanding relationships with Seoul in strengthening its deterrence against the Russian threat. Regarding the EU’s role in Korean Peninsula stability, he explains that Europe used to be considered a gateway for North Korea to send a message to the U.S. or South Korea. However, Dr. Pacheco Pardo emphasizes that Pyongyang’s siding with Russia has made European countries lose confidence in the meaning of engaging with North Korea and led them to support Seoul’s North Korea policy even further.

I. Future Cooperation between South Korea and Europe

• The U.S., Pacheco Pardo explains, has been the “main driver” of Europe’s increasing interest and involvement in the Indo-Pacific. The U.S. has repeatedly pushed Europe to view Russia and China as a “single entity” and a “single threat.” Now, though Europe still views the two nations as distinct entities, they have come to “agree that they can be seen as a common threat.”

• The EU has established partnerships in Asia, but has shifted its focus away from China and towards Korea and Japan as partners. Pacheco Pardo highlights Korea and Japan’s involvement in the NATO cyber-security group, noting that “NATO has been very keen on engaging with Asian partners on cybersecurity issues.”

• Pacheco Pardo highlights three key priorities for Europe in its Asian partnerships. First, Europe is seeking “ideological support”; more specifically, “when it comes to practical cooperation, we focus on those countries that … are imposing sanctions on Russia.” Second, Europe is interested in partnering with countries with technological, naval, and cyber “capabilities.” As Pacheco Pardo explains, “For NATO …, the competition between East and West or U.S. and China goes beyond security”—Europe needs partners like Korea and Japan who “are technologically advanced and can be part of…resilient supply chains.” Finally, Europe seeks partnerships with countries that are “active at the global level” from both a diplomatic and a military perspective.

• Europe has special interest in maintaining its longstanding relationships with South Korea, Japan, New Zealand, and Australia. Thanks to its technology and diplomatic activity, Singapore has recently become a country of interest, as has Indonesia. Dr. Pacheco Pardo highlights that South Korea is particularly important to Europe, as it is “the only Asian country actually exporting military equipment to NATO members.” This role has become much more important as Europe aims to boost deterrence against Russia in the wake of the invasion of Ukraine.

II. Bringing Pyongyang Back into Dialogue on Denuclearization

• Dr. Pacheco Pardo describes Europe as being in a “wait-and-see mode,” standing by for the newly elected President Yoon’s policy regarding North Korea. Nevertheless, Pacheco Pardo is clear that there will be European support: “Whichever policy the South Korean government has, it has to be supported because it’s a strategic partner.”

• For now, European engagement with North Korea “have stopped with the pandemic,” but Pacheco Pardo asserts that North Korea eventually “will come out and seek to resume dialogue.” In the past, Europe has played the role of an intermediary: “North Koreans see Europe also as a gateway to send a message to the U.S., to South Korea sometimes.” When dialogue resumes between the two Koreas, “Europe will support the sort of dialogue that President Yoon wants,” though Pacheco Pardo notes it will be markedly “different from President Moon.”

• As Europe awaits the outcome of President Yoon's engagement policy, Dr. Pacheco Pardo highlights two key situational changes. Firstly, “North Korea has been one of the very few countries really siding together with Russia” in terms of UN Security Council support. This, paired with renewed North Korean nuclear tests, drives Europeans to think: “Can we really trust North Korea? Are they really serious about dialogue?” Renewed testing and such open support of Russia makes it “more difficult … to really go full-on in terms of having denuclearization dialogue with North Korea.”

• Pacheco Pardo details European familiarity in engaging with communist countries, emphasizing that “this is a very long term process.” To those who press Europe to become a part of the process of engaging with North Korea and improving inter-Korean relations, Pacheco Pardo points to countries who have been more willing to reach out in the past, and who could engage at “an individual level” rather than under the umbrella of the EU.

■ Ramon Pacheco Pardo_ Ramon Pacheco Pardo is Professor of International Relations at King's College London and the KF-VUB Korea Chair at the Brussels School of Governance of Vrije Universiteit Brussel. He is also King's Regional Envoy for East and South East Asia, helping to shape and implement the university's strategy for the region. Prof Pacheco Pardo is also Adjunct Fellow (Non-Resident) with the Korea Chair at CSIS, Non-Resident Fellow with Sejong Institute, and Committee Member at CSCAP EU. He has held visiting positions at Korea University, the Lee Kuan Yew School of Public Policy, and Melbourne University.

[Article] Who Threatens Whom?)

[Article] Who “Challenges” to Peace and Stability?)