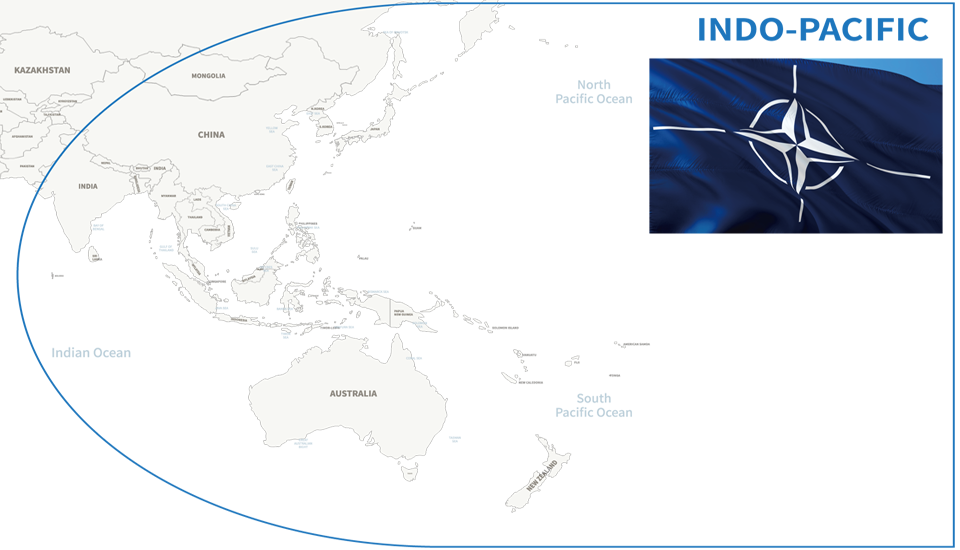 In this interview, Dr. Ramon Pacheco Pardo, Professor of International Relations at King’s College London and the KF-VUB Korea Chair at the Brussels School of Governance of Vrije Universiteit Brussel, provides insight into the North Atlantic Treaty Organization’s (NATO) new Strategic Concept that defined China as a “systemic challenge.” Pacheco Pardo highlights three reasons for China’s entry into European policy discussion over the last five years: future conflict risks due to China’s rapid rise, increased push from the U.S. for NATO to handle China, and China’s failure to condemn the Russian invasion of Ukraine. Looking forward, Dr. Pacheco Pardo predicts that, despite hoping to maintain a relationship with China, Europe’s longstanding ties and ideological similarity with the U.S. would cause it to side with the U.S. in the event of a U.S.-China confrontation.

I. The Implications of NATO’s Identification of China as a “Systematic Challenge”

• The rise of China, both “economically, politically, diplomatically, and…militarily,” has led to increased potential for conflict to arise with European countries, as has been the case with trade in the South China Sea or competition in Latin America, especially when coupled with the fact that China “is not as cooperative as it might have been in the 2000s.”

• The U.S. has played a key role in bringing China into NATO discussions; it was “President Trump that brought China to the discussion in the London Summit,” and later Biden that “pressed NATO … to consider China from a military perspective, not only from an economic and political perspective.”

• Finally, “Russia and China are seen by a growing number of European officials and countries as two sides [of] the same coin,” particularly after the Russian invasion of Ukraine. NATO has been Ukraine’s primary supporter; conversely, Europe, the United Nations (UN), and NATO view that “China has sided with Russia” because of its voting patterns and failure to condemn the invasion.

• Individual European countries may have their own secondary motivations for being wary of China—Pacheco Pardo highlights the threat of Chinese technology as one example.

II. How have European countries responded to American pressure to act on China?

• European countries differ in their views on NATO’s approach to China. The question was about what was going to be included in the Strategic Concept. Some European countries wanted to include cyber threat by condemning the malicious cyber activity conducted by China, Russia, and North Korea. While, certain issues were generally agreed upon, such as supply chains, and thus were not difficult to include in the Strategic Concept.

• The “ideological competition” between democracies and autocracies has prompted European countries, which are “all democracies,” to understand that Russia and China “could be brought together.” In particular, the Russian invasion of Ukraine represented an “important breaking point” in the discussion surrounding Russia and China; it has served as a catalyst, making it “easier to have a moral discussion on China.”

• Dr. Pacheco Pardo argues that the European Union (EU), NATO can “sometimes be treated as a whole when it comes to foreign policy.” He explains, “Although some European countries feel they must maintain links with China, Europeans are very clear that they're going to be closer to the U.S because of longstanding ties and shared ideology with the U.S.” Pacheco Pardo predicts that “more and more European countries” will subscribe to the notion that they don’t want to choose, but if a U.S.-China confrontation were to occur, they would “join the U.S. camp and…work together with the U.S.” without breaking ties with China.

• Dr. Pacheco Pardo asserts that the discussion around inviting South Korea and other Asian-Pacific partners to the NATO summit began well before the Russian invasion, and the decision to invite them was tied more to concerns over China than over Russia. Korean and Japanese anxieties over China’s attempts to “redraw some of the geopolitics in the region” also “resonate” with many European countries “because of what Russia is doing in Ukraine.” As a result, some European countries feel an “obligation to support Asian partners,” which they interpret to mean taking a tougher stance on China.

■ Ramon Pacheco Pardo_ Ramon Pacheco Pardo is Professor of International Relations at King's College London and the KF-VUB Korea Chair at the Brussels School of Governance of Vrije Universiteit Brussel. He is also King's Regional Envoy for East and South East Asia, helping to shape and implement the university's strategy for the region. Prof Pacheco Pardo is also Adjunct Fellow (Non-Resident) with the Korea Chair at CSIS, Non-Resident Fellow with Sejong Institute, and Committee Member at CSCAP EU. He has held visiting positions at Korea University, the Lee Kuan Yew School of Public Policy, and Melbourne University.

[Article] Who Threatens Whom?)