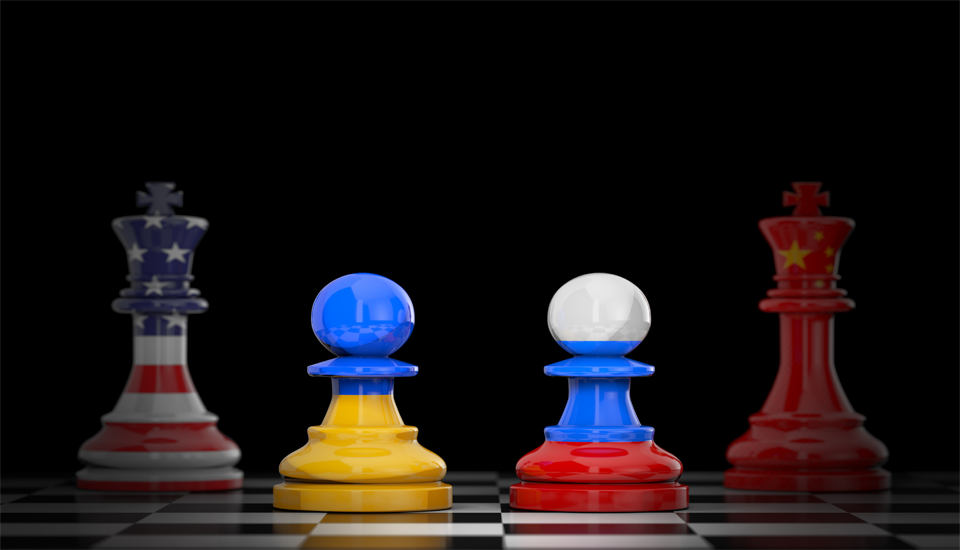 Leo A. Shifrin Professor of War and Peace Studies at Columbia University

In this interview, Dr. Richard K. Betts, Leo A. Shifrin Professor of War and Peace Studies at Columbia University, discusses the implications of the Russia-Ukraine War on the global security environment and pressing security threats in Northeast Asia. Dr. Betts states that the ongoing Ukraine War, with no end in sight, has been a test for military and economic theories of coercion. He draws parallels between North Korea and Russia, claiming that both countries have observed the potential danger of nuclear weapons initiated by a personalist dictatorship. On China-Russia relations, he states that China lies in an “awkward position” and can either help Russia economically without doing so militarily, or help militarily as well in secretive ways.

I. The Implications of the Russia-Ukraine War and Prospects

• Dr. Betts states that the Russia-Ukraine War is a “huge turning point in geopolitics,” in that “it crystallizes what I (he) calls the new Cold War, somewhat similar to how the Korean War crystallized the militarization of the old Cold War.”

• He explains that the Ukraine War is a “test of military and economic theories of coercion.” To illustrate, sanctions imposed on Russia have not only impacted Russia’s economy and war efforts, but also “cut two ways because they imposed pain on the West as well as on Russia ... and indirectly, the whole world.”

• The Ukraine War is manifest of the impact of new technologies, namely “the use of drones,” “tactical innovations,” and “the effectiveness of anti-tank weapons.”

• Now, “the main challenge is finding conditions where both sides can negotiate seriously about a settlement.” Dr. Betts also notes the possibility of the war being “dragged on for several years with neither side making dramatic advances.”

• While there are still incentives for China to develop a closer alliance relationship with Russia due to pressure from the West, Dr. Betts emphasizes that it also “seeks the risks of too close of an alignment with Russia because of the unity of the rest of the world and opposition to the invasion of Ukraine.”

• It lies in “an awkward position.” Ultimately, China can “help Russia economically without doing so militarily,” or “help Russia militarily as well as perhaps in secretive ways.”

• He, nonetheless, views that the “long-term recent trend of events ... pushes in the direction of encouraging a Chinese-Russian alliance.”

• “The big question at this moment is what lessons China will draw from this about the Taiwan issue.” On one hand, “China can see the tremendous negative reaction of much of the world;” on the other, it “can recognize that the political and diplomatic status of Taiwan is nowhere as near as favorable as Ukraine’s was.”

• Dr. Betts claims that both countries have seen “the potential danger of a personalist dictatorship that feels threatened making decisions that ... analysts” would consider baseless.

• In the case of Putin, Dr. Betts posits “that the real risk is a situation in which it looks like Russia is being defeated and humiliated.” If it looks like a dramatic victory for Ukraine, Putin will be “facing a choice between complete embarrassment and disgrace, on one hand, or taking the risk of shocking the West on the other, which could motivate him to think that a symbolic use of nuclear weapons would have that dramatic effect on pushing the West back.”

• “There is tension between our hopes for punishing the Russians for their aggression, on one hand, and the danger of provoking a panicky reaction on the other.” Likewise, prospects of Putin deciding that “his nuclear capabilities give him something of a shield against retaliation from the West” are concerning.

• On top of this, Dr. Betts notes that “the fact that both Putin and Kim Jong-un seemed to have extreme ambitions and few restraints on their power within their own governments is the most worrisome.”

■ Richard K. Betts_ Leo A. Shifrin Professor of War and Peace Studies at Columbia University. He was Director of National Security Studies at the Council on Foreign Relations for four years and is now an adjunct Senior Fellow there. Betts was a Senior Fellow at the Brookings Institution until 1990 and adjunct Lecturer at the Johns Hopkins University's Nitze School of Advanced International Studies. He also served at different times on the Harvard faculty as Lecturer in Government and as Visiting Professor of Government. Born in 1947, he received his BA, MA, and PhD in Government from Harvard University.