The Motive Imagery and Leadership of Kim Yo-jong Based on Political Statements on South Korea and the U.S. from 2020

Visiting Researcher at the Reunification Institute of Ewha Womans University

Kim Yo-jong has risen as a key figure in North Korean leadership as Chairman Kim Jong-un’s strategic partner over the recent years. In this Research Review, Helene Kim, Visiting Researcher at the Reunification Institute of Ewha Womans University, analyzes Kim Yo-jong’s leadership through motive imagery analysis. The author claims that Kim Yo-jong manifests strong “power motive imagery” in a centralized environment through the bold words, actions, and swiftness reflected in her statements on the U.S. While her leadership may be synergetic when combined with Kim Jong-un’s leadership, the author writes that she will unlikely succeed politically if she were an independent political leader as literature on motive imagery analysis explains that leadership styles heavily manifest of “power motive imagery” are bound to fail in a structure where authority is concentrated.

On April 3rd, 2022, Kim Yo-jong and Park Jong-chon both issued a statement on a rare occasion. Kim Yo-jong, an heiress of the Mount Paektu bloodline and a frequent companion to Kim Jong-un during military inspections, has increasingly garnered political power. Kim Jong-un has shared his duties of managing internal risks within North Korea with Kim Yo-jong to deliberately strengthen her authority and status. His decision to deliberately vest power on Kim Yo-jong is unprecedented. By doing so, he has attempted to enhance her authority and status. Although Kim Jong-un remains superior to Kim Yo-jong, it is worth looking into the leadership of Kim Yo-jong, who is now Chairman Kim’s strategic partner.

This article focuses on the six statements Kim Yo-jong released during the five months following her first statement on March 3rd, 2020, which are believed to be manifest of her political status. While several additional statements have been released until 2022, they are considered similar in nature to those from 2020. I have repeatedly emphasized that in order to understand the extent to which Kim Jong-un shares his power with Kim Yo-jong, it is necessary to take a look at Kim Yo-jong’s leadership. In this light, this study is based on previous research on leadership – it looks into the relationship between institutions and behavior[1] and utilizes “motive imagery analysis” to provide a foundation for studies on Kim Yo-jong’s leadership focusing on the six statements she released in 2020.

In order to examine Kim Yo-jong’s cognitive structure, this study analyzes her statements using three motive imageries. This microscopic approach can provide clues for unraveling the significance of Kim Yo-jong’s leadership in North Korea. Motive imagery, which refers to speakers’ actions, concerns, and aspirations they manifest on themselves, others, or other groups, is an important social motive. It can be broadly divided into three categories: “achievement motive imagery,” “power motive imagery,” and “affiliation-intimacy imagery.” [2] “Achievement motive imagery” is based on ‘excellence’ as the standard index. “Power motive imagery” refers to expressions that aim to affect or influence a person, group, country, or the world. “Affiliation-intimacy imagery” refers to something that establishes, maintains, or restores a bond or cordial relations between people, groups, and countries.

Koo Ja-sook’s study, which analyzed the royal decrees of the Joseon Dynasty, is also worth noting despite being set in a different historical framework (pre-capitalist era). Koo provided suggestions on how to apply the results of motive imagery analysis to examine leaders in various settings. This study validated the approach that views the environment in which the North Korean leadership exercises leadership similar to that of an entrepreneur in a centralized system. [4]

The fact that Kim Yo-jong displayed strong “power motive imagery” in an environment in which power is centralized, contrary to previous findings, provides ground for the following interpretations. First, the bold words, actions, and swiftness in her statements on the U.S. are related to “power motive imagery,” which has been previously analyzed as one of Kim’s identifying motive imageries. At the same time, in a conflict-free environment, Kim Yo-jong’s characteristics are closely related to the ability to persuade others based on trust. Second, results suggestive that Kim Yo-jong manifests especially strong “power motive imagery” in an environment where power is centralized implies that on one hand, Kim Jong-un and Kim Yo-jong can establish synergy under a political system in which Kim Jong-un shares power with his sister (in other words, where power is dispersed). However, this also indicates that Kim Yo-jong would unlikely politically succeed if she were an independent leader provided that North Korea’s power structure remains centralized, as strong “power motive imagery” corresponds to effective leadership in an environment where power is dispersed. Therefore, even if Kim Jong-un were to vest institutional or actual power to rule on Kim Yo-jong in a case of emergency, she would unlikely be able to replace him as the leader.

While Kim Yo-jong’s status has been unusually high, it is difficult to conclude that her status reflects a likewise rise in the status of female leadership as Kim Yo-jong is an independent political entity of the Mount Paektu bloodline. However, as Seoul seeks to improve relations with North Korea in a prudent manner, it is important to note how substantial Kim Yo-jong’s political status is as Kim Jong-un’s point-person. As such, it is necessary to keep an eye on the characteristics of North Korea’s leadership and to respond accordingly when establishing a strategy for North Korea.■

[1] The approach on the relationship between institutions and behavior establishes leadership according to the collective will, authority, and relationship with the public. An example of this is an analysis of the succession system, which is both an inevitable consequence and a component of North Korea’s socialist development strategy, and a study on how Kim Jong-un exercises his leadership. For this, see Jeong, Young-cheol, 2005. A Study on Kim Jong-il’s Leadership. Seonin.

[5] Further information on the analysis on Kim Jong-un’s News Year’s speeches can be found in Leadership Studies, Volume 9, Issue 4. The above issue does not include an analysis of the 2019 speech. Details from this study have been quoted from my study released in 2018. Kim, Helene. 2018. “Kim Jong Un’s Motive Imagery and Leadership: Study Based on his New Year’s Speech Given Between 2013 and 2018.” Leadership Studies 9, 4. 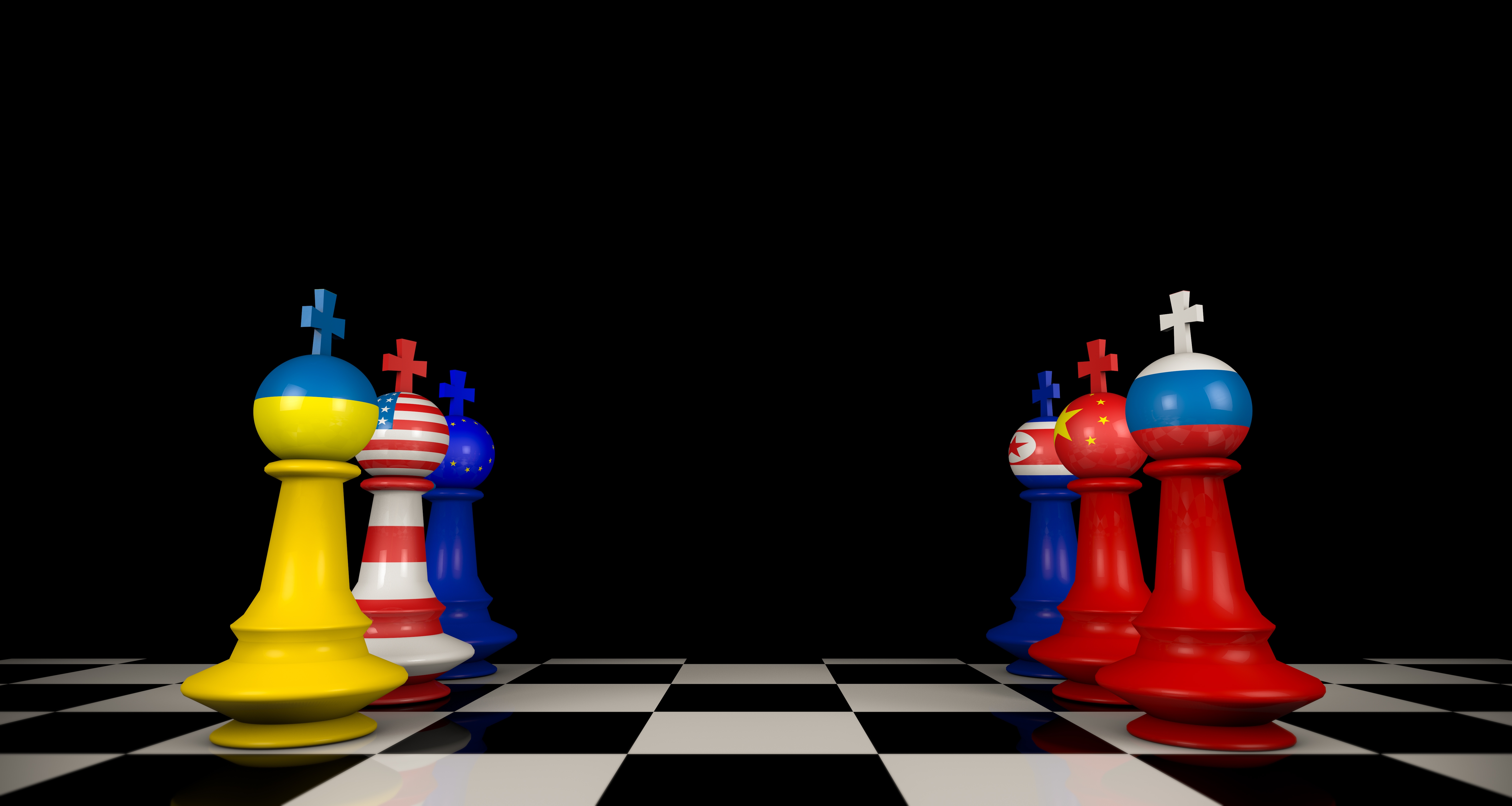 North Korea and the Russia-Ukraine War

After Deterrence: Implications of the Russia-Ukraine War for East Asia